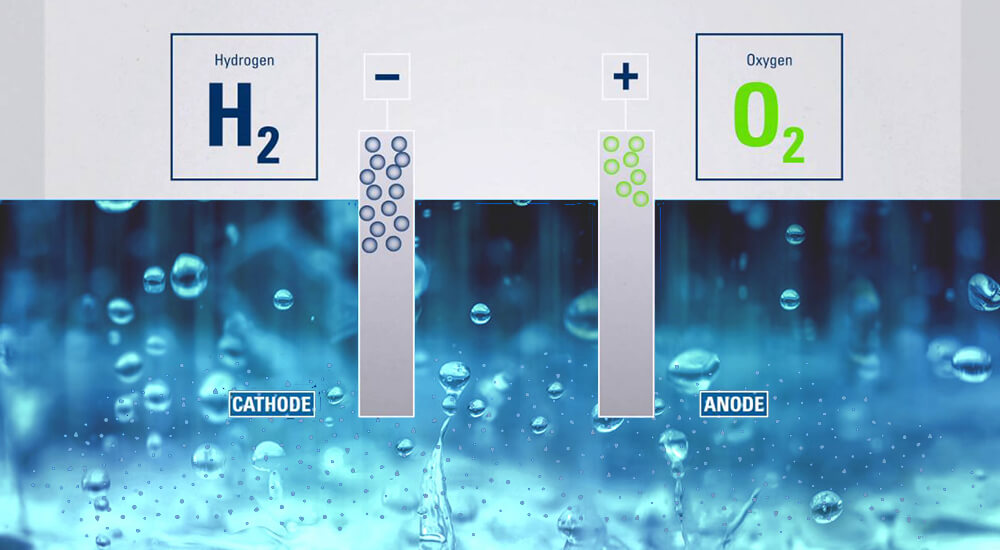 How to Add Hydrogen in the water – Scientific Methods

Medical science is trying to extract elements from nature which promotes health benefits in living beings. Research and various scientific studies are on, to understand the role of hydrogen in regulating the essential physiological regulatory functions. Based on some reports, hydrogen has therapeutic effects due to its antioxidant, anti-inflammatory and anti-apoptotic protective effects on cells.

The hydrogen can be administered by inhalation of hydrogen gas, oral hydrogen water and injecting hydrogen-saturated saline. For more easy consumption, there are hydrogen-rich packaged water bottles and containers that help in electrocuting water to add additional hydrogen in the plain water.It is interesting to know how exactly more hydrogen is added in the water.

The scientific methods of adding extra hydrogen in the water are explained as chemical composition, which may be little overwhelming, but it will give you an overview of the materials and elements that are used during the process.

Hydrogen is available as a hydrogen molecule and hydrogen gas; both are distinct to each other. Hydrogen-rich water contains both- atomic as well as molecular hydrogen. At room temperature, the concentration of hydrogen molecule dissolving in tap water is only 8.65 × 10−7 mg/L. At such a low level of hydrogen, there is no therapeutic effect in clinical applications.

Dr. Hidemitsu Hayashi, a heart surgeon, invented the method of magnesium rod hydrolysis for producing hydrogen water. Metallic magnesium is one of the soluble materials in our body, such as bone material and blood vessel stents and considered safe to use as a medical therapy.

The total reaction of magnesium hydrolysis is as below.

Electrolysis is the primary method of mass-producing hydrogen gas. Discovered in 1800 by Anthony Carlisle, Electrolysis uses electricity to split water into hydrogen and oxygen. The unit where the electrolysis reaction takes place is called an electrolyzer.

The process starts with adding a small number of ions in the pure water (as the electrolysis of pure water is very difficult). The two electrodes are placed in the water and when water dissociates into H+ ions and OH– ions, the H+ ions are attracted to the negative electrode (the cathode) and are converted (reduced) to a hydrogen atom(H)

The above configuration is highly unstable, which makes it immediately reacts with another hydrogen atom to produce H2, molecular hydrogen gas.
Here is how electrolysis is explained through the chemical equation

To produce commercial molecular hydrogen for hydrogen-rich water, electrolysis was further refined through the following methods:

The main advantages of electrolysis of water include simple implementation, low cost, and convenient use. The only drawback of the processes is, the water may contain 15-20% higher amount of chlorine or salt residues if the generator is connected to tap water. Apart from chlorine, there can be ozone in the water at the anode, due to improper design or use, of the electrolyzed water generator. Ozone has a harmful effect on human health, causing damage to the lung.

2.2 Electrolyzed water by a polymer membrane

Wang Dong invented the electrolyzed water system based on the polymer electrolyte membrane. A new technology called “polymer proton conducting membrane” of electrolytic production of hydrogen from pure water has recently sprung up. It uses pure water and electricity to produce hydrogen and oxygen. This method produces 99.999% pure hydrogen.The polymer proton-conducting membrane is manufactured by DuPont Inc. It is a solid electrolyte, which does not require dissolved ions in water.

This method maintains water pH value equal to 7 which is a neutral state and perfect for human consumption. Furthermore, the amount of hydrogen production at a 3 Ampere/cm2 of current density is five times higher than that of the ion-electrolyzed water. This method cannot use tap water because metal ion, chlorine, carbon monoxide in the solution will poison the platinum catalyst.The high cost to use is another concern.

In hydrogen water bottles, the best ones are that with a titanium platinum electrolyte system. It is a proven combination known to create increased number of hydrogen atoms. Also promotes hydrogen water in stable concentration and consistent stability.

Magnesium hydride hydrolysis method is more effective in clinical applications, than traditional metallic magnesium methods. It increases theoretical hydrogen storage capacity by two times.
The method uses a block of magnesium hydride, which is made by a light grey crystalline powder (99.9% in purity by mass) under high pressure and temperature of 200 bars and 500°C with magnesium iodide catalysts. The structure has porous properties which facilitate the water molecules to enter magnesium hydride inside to generate hydrogen.
The chemical reaction is expressed below.

It overcomes the drawbacks of above three methods- the low rate of metallic magnesium rod hydrolysis, the risk of the internal explosion of the hydrogen-oxygen electrolysis process itself, and the high cost of pure water electrolysis by polymer membrane method.

The research in this field is still on, to confirm more beneficial effects of hydrogen water.

With the ROHS and CE compliance (EU Certification for acceptable standards of imported products), HydroConcept has brought hydrogen water bottles in the Indian market to make hydrogen water available within the reach of every single household of the country. Get in touch with us for more queries and orders. We use the electrodes made from titanium and platinum which has been scientifically proved to be the most successful method to produce purest form of hydrogen rich water.